Abstract: The vast majority of robots in use today operate in very structured environments, e.g., in factory assembly lines, and possess only those limited motion capabilities required to perform specific tasks. While these robots can outperform humans in terms of speed, strength, and accuracy for these tasks, they are no match for the dexterity of human motion. Part of a human’s inherent advantage over industrial robots is due to the large number of degrees of freedom in the human body. Articulated, i.e., jointed, motion systems that possess more degrees of freedom than the minimum required to perform a specified task are referred to as kinematically redundant. In an effort to mimic the dexterity of biological systems, researchers have built a number of kinematically redundant robotic systems, e.g., anthropomorphic arms, multi-fingered hands, dual-arm manipulators, and walking machines. While these systems vary in their appearance and intended applications, they all require motion control strategies that coordinate large numbers of joints to achieve the high degree of dexterity possible with redundant systems. This talk will discuss the issues that arise when designing such strategies, frequently drawing on the use of the singular value decomposition, including the characterization of redundancy, the quantification of dexterity, and the development of efficient and numerically stable motion control algorithms that simultaneously optimize multiple criteria. 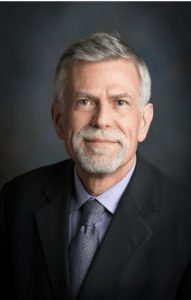 Biographical Notes: Anthony A. (Tony) Maciejewski received the B.S., M.S., and Ph.D. degrees in Electrical Engineering in 1982, 1984, and 1987, respectively, all from The Ohio State University. From 1988 to 2001, he was a Professor of Electrical and Computer Engineering at Purdue University. In 2001, he joined Colorado State University where he served as Head of the Department of Electrical and Computer Engineering until 2022. He has co-authored over 300 technical publications (h-index of 47 and> 10,000 total citations) in the areas of robotics, high-performance computing, and engineering education. He is a Fellow of IEEE and currently serves on the Executive Committees for both its Education Society and Robotics and Automation Society. He also served as President of the ECE Department Head’s Association. A complete up-to-date vita is available at www.engr.colostate.edu/~aam